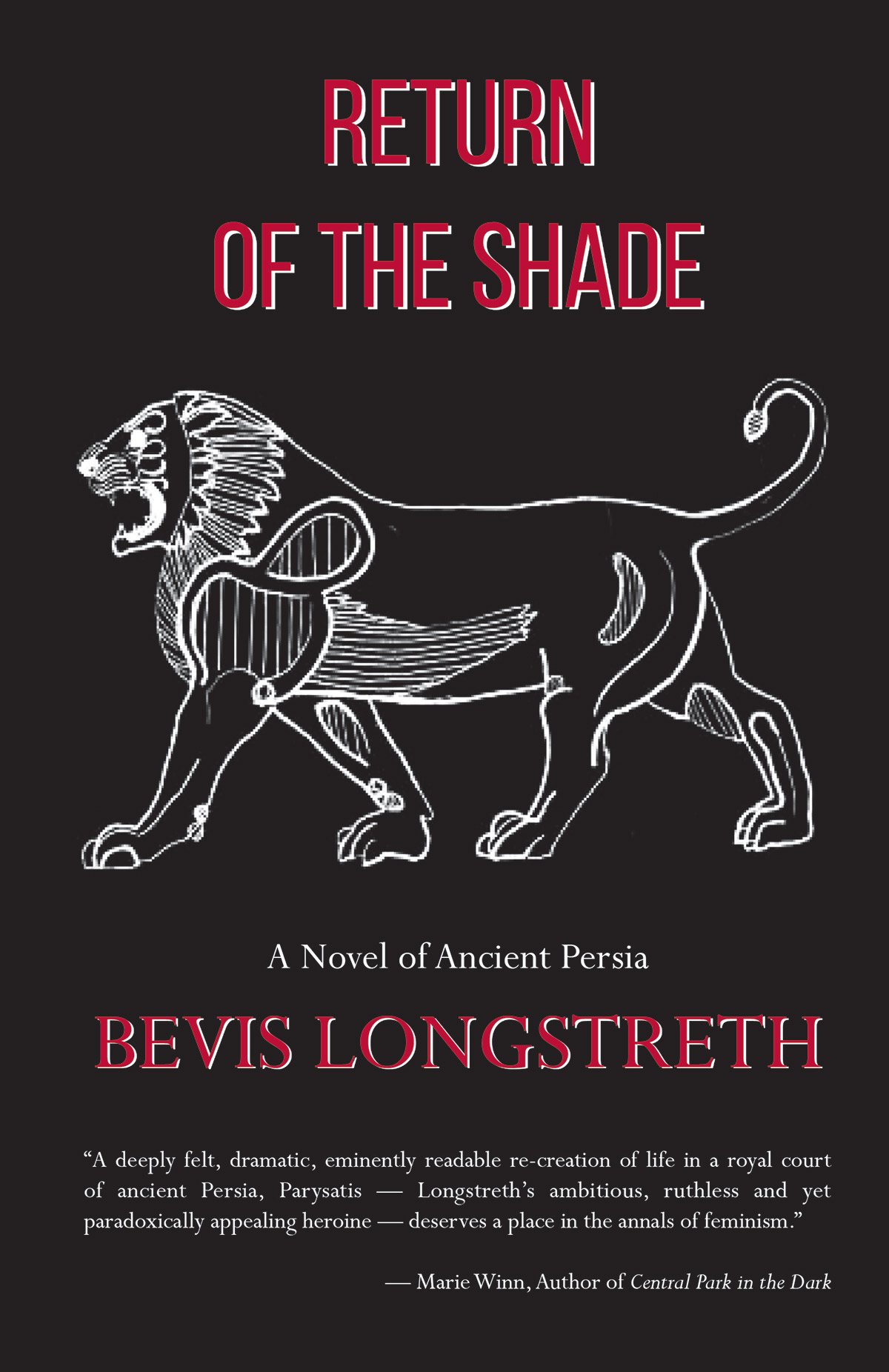 About Return of the Shade

Parysatis—daughter of one king, wife to another and mother of a third—has long wanted to tell her own story, to rip it from the hands of the Greek historians who loved to hate her. In Return of the Shade, this layered and complex ruler finds her champion in author Bevis Longstreth.

"To be honest," Parysatis tells us, "the Greeks got more than my wealth right. But knowing how power is used is worthless without understanding why."

Return of the Shade puts us behind the royal screen to witness up close what absolute power combined with pride, ambition, and sibling rivalry wrought within the Achaemenid family of great Persian kings, and across their now forgotten Empire—at the time the greatest on earth.

Praise for Return of the Shade

A deeply felt, dramatic, eminently readable re-creation of life in a royal court of ancient Persia. Longstreth's ambitious, ruthless and yet paradoxically appealing heroine deserves a place in the annals of feminism.
—Marie Winn, author of Central Park in the Dark

Like the Ancient Mariner, Parysatis seizes our attention, compelling us to travel with her on a richly detailed exploration of another time and place.
—Bob Kerrey, former President, The New School

Armed with a historian's fact and a novelist's imagination, Longstreth conjures the Persian Empire and one of its most infamous queens to imagine the moving and dramatic consequences of refusing to take responsibility for oneself and the heartbreaking and redemptive possibilities of finally doing so.
—Karen Shepard, author of An Empire of Women, The Bad Boy's Wife, and Don't I Know You?

Bevis Longstreth's captivating story brings history to life. Its central characters are kings and queens of an old Empire but its themes are no less contemporary than those that run through Shakespeare's works.
—Ezra Suleiman, IBM Professor of International Studies, Princeton University

[Bevis Longstreth] has given us as protagonist a devious, conniving, even murderous heroine. Most importantly she is entertaining, even mesmerizing, as well as thoroughly wicked...It would be a shame to miss her.
—Jeremy Grantham, Chairman, Grantham, Mayo Van Otterloo & Co.LLC

My second novel, Return of the Shade, tells the story of Parysatis, a Queen and Queen Mother of the Persian Empire at its peak of power. I stumbled upon her in doing research for Spindle and Bow. She lived for about 60 years from around 444 to 384 BC, one and a half millennia ago. Ok, I know what you're thinking: "Why bother?" "Why pluck this woman from the dustbin of ancient history? For goodness sakes, she wasn't even a Greek!" No, not Greek. She was the purist strain of Persian, a direct descendent of Cyrus the Great, founder of the Achaemenid dynasty and of the Persian Empire, which lasted 220 years from 550 to 330 BC - a dynasty that brought stability, prosperity and a flourishing civilization to what we now call the Middle East and beyond. In its day, the largest and most powerful Empire the world had ever seen. It extended from the Indus River to North Africa, from the Aral Sea to the Persian Gulf, all told one million square miles.

So, one reason for writing of the Persian Empire was to try to understand the proud and glorious origins of what today is Iraq and Iran. The head and heart of this Empire was the so-called "land of two rivers", the Euphrates and the Tigris, between which the cradle of civilization had rocked. The research necessary to tell the Parysatis story might start to fill in my personal knowledge gap. Readers of my story might similarly benefit. But this was not the main reason for creating this novel.

The Persian Empire had everything under the sun. Everything, that is, except a single historian to preserve for posterity its highs and lows. Herodotus, much later recognized as the father of history, was just then making a name for himself, and that name was Greek. As seen through his eyes, and those of other Greek historians, the Persians were weak and effeminate: a barbaric and despotic foil against which the courage, discipline, democracy, and culture of the Greek civilization could be set. London's British Museum titled its stunning exhibition "The Forgotten Empire."

So, my heroine was the forgotten Queen of a forgotten Empire. And that's the answer to why Parysatis? At first I hoped, and then, gradually, became convinced that hers was an immensely interesting and important life that no one had bothered to write about. Parysatis wielded great power as Queen and Queen Mother. Imagining the hows, whys and wherefores was my goal in writing Return of the Shade. It was a joyful task, and, in the end, one that convinced me hers was a life well worth remembering.